The Port Authority of Seville (APS) has promoted together with the City Council of Seville the celebration of the closing concert of the XXII Flamenco Biennial in the “Tinglados del Puerto”. It is a port-city performance that has gathered in these port warehouses of the early twentieth century a thousand attendees around the songs round trip.

Tinglados del Puerto of Seville are part of the Tablada Pier and together with the ships and cranes constitute a characteristic element of the port industrial heritage. These began their construction in 1926 on the occasion of the opening of the Canal de Alfonso XIII due to the need to enable a goods storage area next to the berths.

With this action, the Port of Seville opens to the city and offers a new space for culture in coexistence with the port activity that is still carried out in this dock and that, with the development of new port spaces and a new terminal in the “Cuarto” dock, will be moved to the south.

The president of the Port Authority of Seville, Rafael Carmona, stressed that “hosting the closing of the Biennial is a great opportunity to strengthen ties in the port-city relationship. We want to bring the port industrial heritage closer to such outstanding elements as the sheds and merge them with culture. These historic warehouses, with their characteristic undulating roofs, were a milestone in the expansion of the Port to the south, with the construction of the pier and the cutting of Tablada, and in the future they will be part of what will be a new neighborhood of Seville: the Urban Port District’. 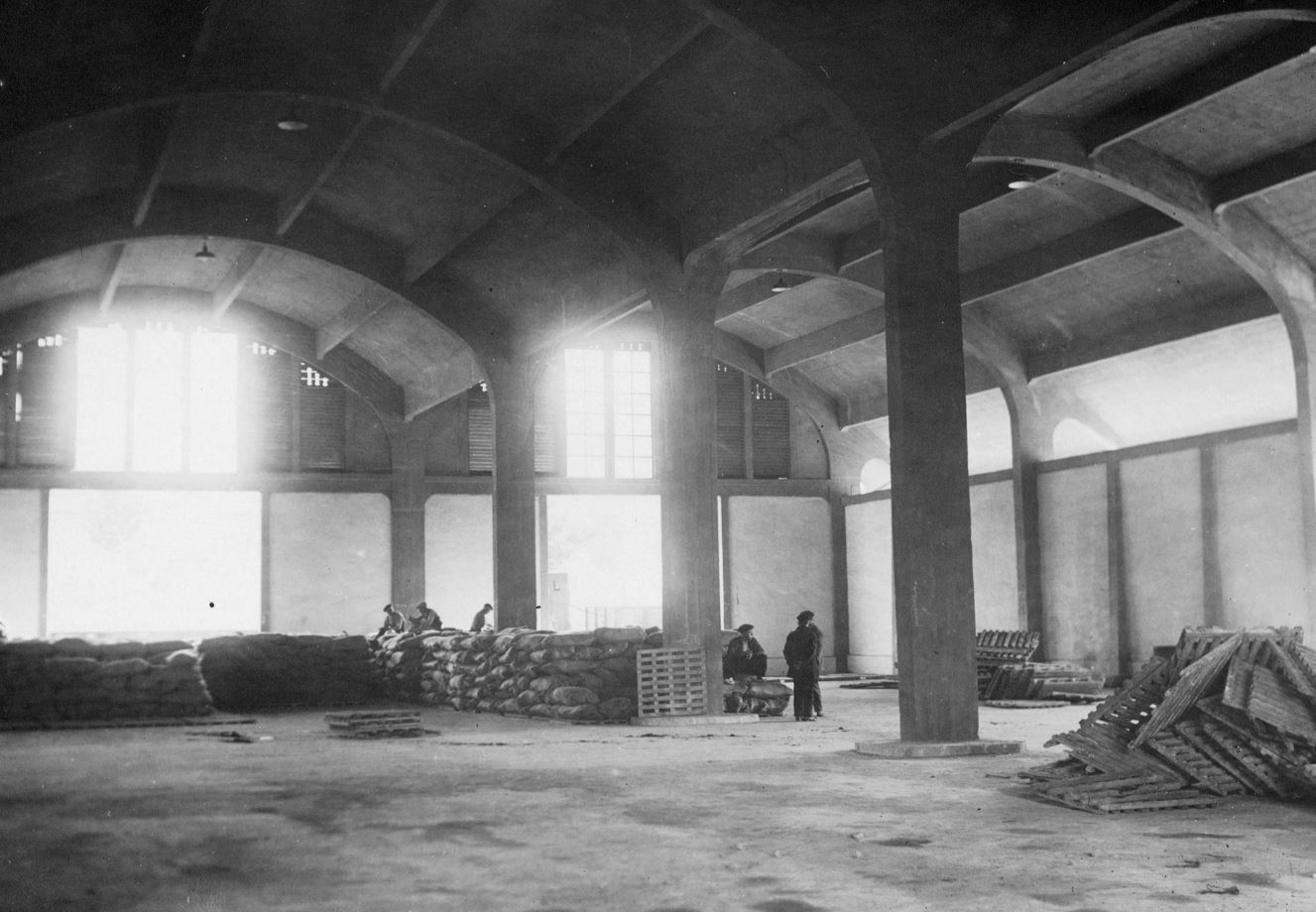 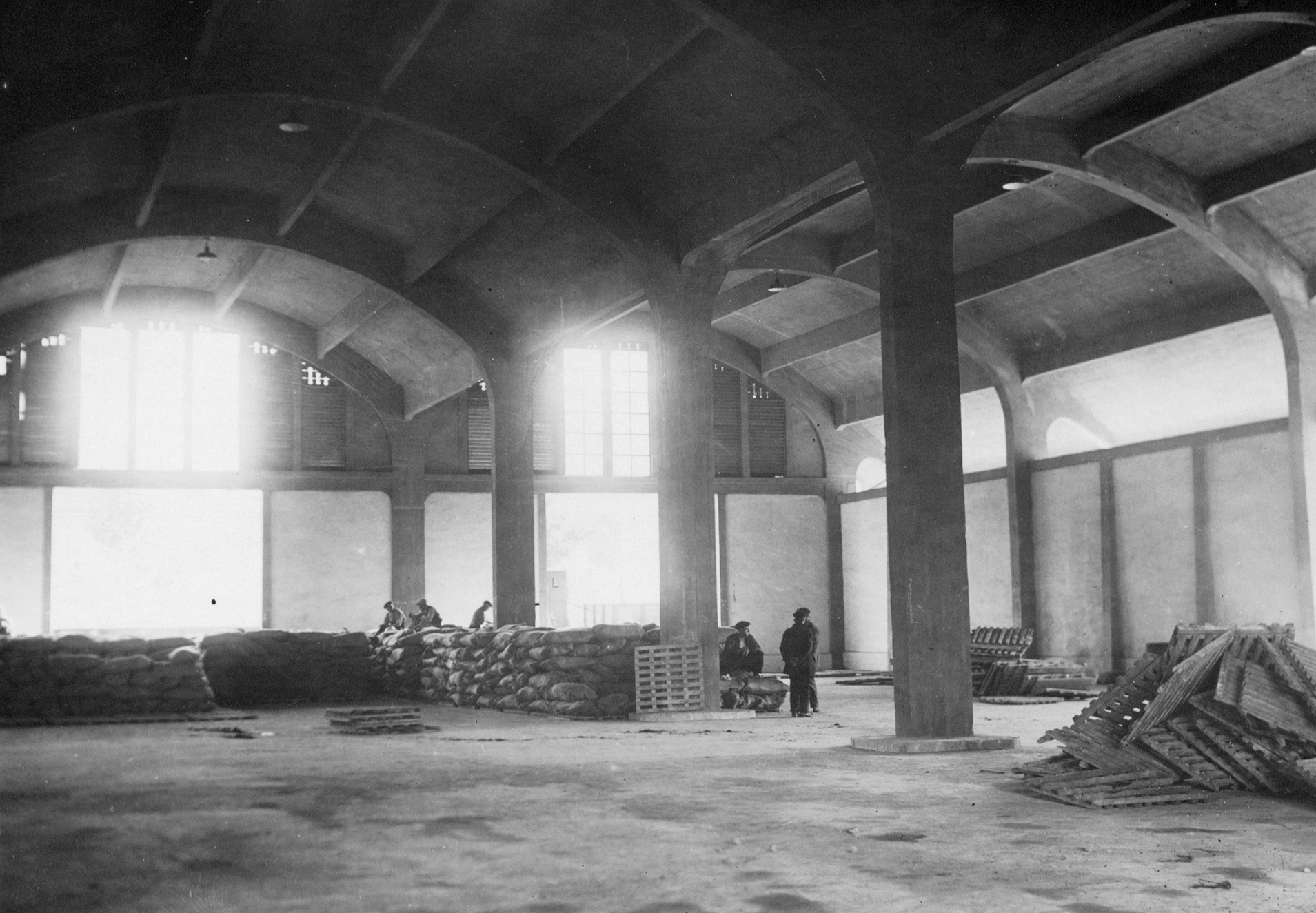 “Los Tinglados del Puerto” is a unique space that is located next to Avenida de Guadalhorce that runs inside the Muelle de Tablada and is parallel to Avenida de Las Razas. The closing of the Biennial promotes cultural activity in this new space, which also means that cultural activity in the city extends beyond its usual enclaves. Likewise, this action reinforces the seafaring and port identity of Seville with the use of spaces dedicated to the collection and transport of goods such as agri-food and steel products, among others.

The new District will cover an area of 7 groups of ships and 4 pairs of sheds, arranged along about 2 km and 200 m wide. It is a common space for coexistence where history, creativity, heritage, architecture and entrepreneurship meet water, culture, sport, innovation, tourism and gastronomy. Specifically, the area of the ships of the Avenida de Las Razas and the Tinglados will be used for activities compatible with the urban fabric, maintaining the port uses in the area of the dock for the docking of cruise ships. This important port-city development will entail the transfer of the port activity of movement of goods to the Cuatro dock, with the construction of the new multipurpose terminal with multimodal links.

The new urban-port district will allow to recover the urban use of the Tablada pier. It will have 150,000 m2 of new pedestrian public spaces and will transmit an identity that will reinforce the maritime character of the city. It will have friendlier roads with new intersections and sustainable mobility, an offer of productive spaces that will connect with the University Campus, and the different scales of each building will promote the diversity of uses.

‘Cantes de ida y vuelta’ is the title chosen for the scenic proposal that has inaugurated the cultural use of these Tinglados del Puerto. It alludes to the dialogue between cultures that once gave birth to ships that came from the new world and disembarked in the port of Seville. On this occasion, the idea of exchange and dialogue is taken in the artistic proposals of the creators with the presence of various duets and trios with different artists, gathered for the only time on the same tables for such an occasion.