36th International Meeting of RETE, the Association for collaboration between ports and cities, under the title ‘Models of coexistence between cities and large transport infrastructures’, held in Las Cocheras del Puerto de Huelva, has concluded today with successful participation,  since in this forum of debate international models of excellence in port-city integration have been announced.

Today’s institutional welcome ceremony was attended by the Minister of the Presidency, Interior, Social Dialogue and Administrative Simplification of the Junta de Andalucía, Antonio Sanz; the president of Puertos del Estado, Álvaro Rodríguez Dapena; the president of the Port of Huelva, Pilar Miranda and the president of RETE, Teófila Martínez.

The Minister of the Interior Presidency, said that “ports are key to the development of Andalusia for their economic and tourist potential”, congratulating RETE for its initiative and, especially, for addressing both the integration of large infrastructures of general interest, as well as the urban network of regional ports and smaller cities. 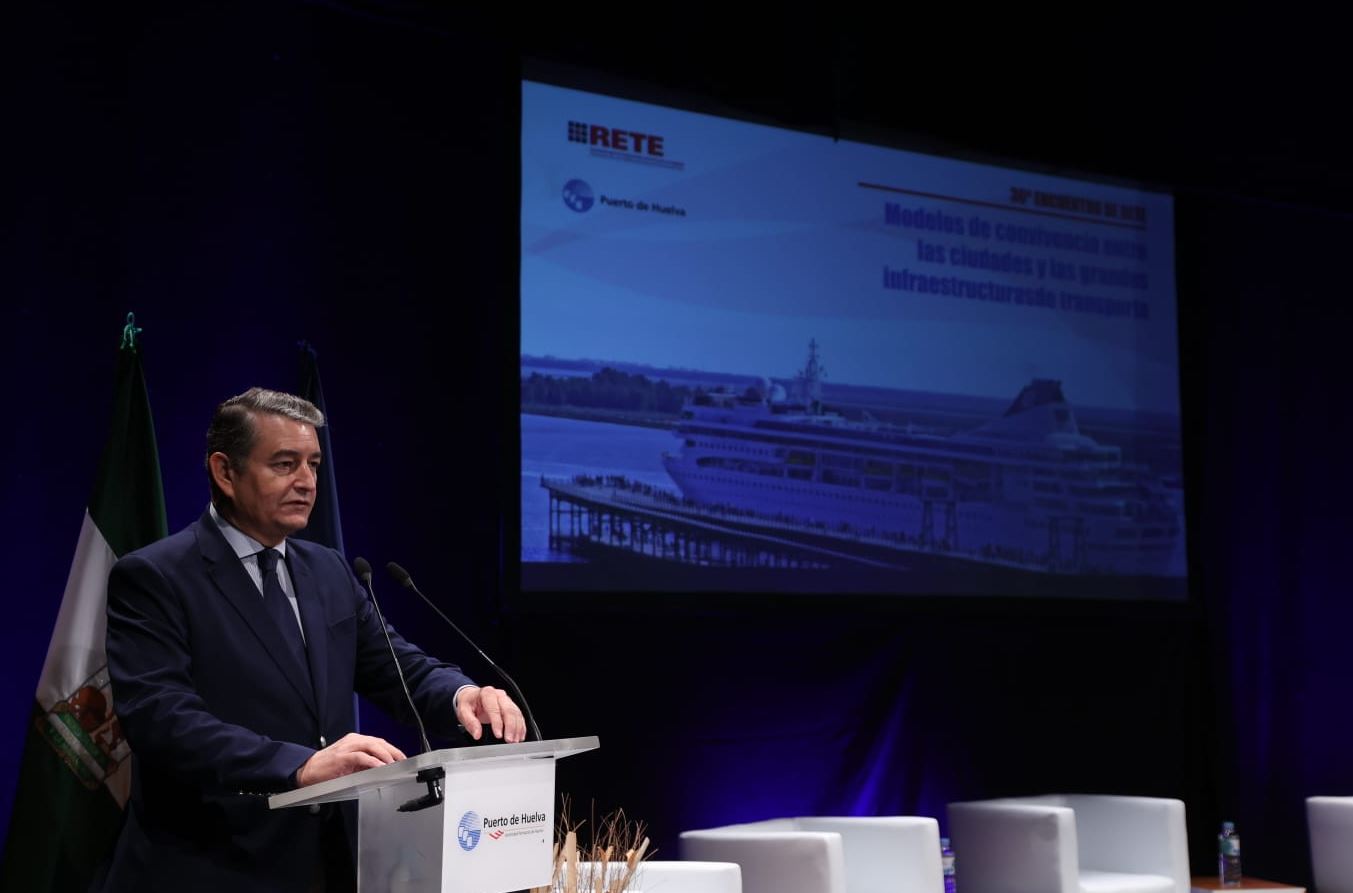 The president of Puertos del Estado, Álvaro Rodríguez Dapena, has highlighted the commitment to “urban-port regenerations, a necessary process to make citizens feel the port as their own, and an example of this is the Levante Dock project in Huelva. The ports belong to the people, to the citizens, and that gives meaning to the social dimension and the open character of the ports, not only with their city, but also with their territory”.

The president of the Port of Huelva thanked the support of the Junta de Andalucía and Puertos del Estado to this international meeting organized by RETE, “because it constitutes an unparalleled forum for debate and dialogue to exchange experiences and knowledge, in addition to analyzing the models of success in port-city integration carried out by other ports in Spain,  Europe and Latin America, which have been able to transform port-city relations with the involvement and support of different administrations, institutions, business organizations and social and professional groups from different fields”.

The president of RETE, Teófila Martínez, thanked the Port Authority of Huelva for the collaboration in this meeting, as host, “giving us the opportunity to verify, both through the presentations of its directors, and in the visit made yesterday afternoon, the exemplary work developed in port-city integration.  The objective of RETE is to provide the different scientific, academic and professional visions for institutions to mark their roadmap for the integration of the cities and port entities around the world. I believe that, in this sense, this 36th Meeting has served to show trends that will be very useful for those of us who work, from an integral perspective, the physical, social, economic and cultural integration of cities and ports”, said the president.

The program of presentations has begun with a debate in two: ‘Bilbao and Barcelona, two success stories with different actors and a common scenario: the city and the great infrastructure’, by Ángel María Nieva, manager Bilbao Ría 2000, to talk about the past, present and future of the integration project in Bilbao and Jordi Hereu,  mayor of Barcelona between 2006 and 2011, currently president of Hispasat. The debate was moderated by ex president of RETE, Rinio Bruttomesso.

Later, the speech ‘Integration processes in Latin America. Challenges and challenges’ by Jhancy Sanabria, head of International Relations of the National Administration of Navigation and Ports of Paraguay.

The day culminated with a debate on ‘The integration between port and city from an autonomic perspective’, moderated by the director of the Diario del Puerto, Miguel Jiménez, which was attended by Rafael Merino, manager of the Public Agency of Ports of Andalusia; Enric Martínez, director of the Port Area of Ports of the Generalitat and Susana Lenguas, president of Portos de Galicia.