The Port Authority of Almería and RETE (Association for Collaboration between Ports and Cities) have held today, in the facilities of the Varadero Hall of the Fishing Port, the conference “Port-city actions in the Port of Almería”, a meeting organized with the objective of bringing together the experiences of institutional representatives and experts in the integration of spaces, which has had the collaboration of the Almeriport Foundation. 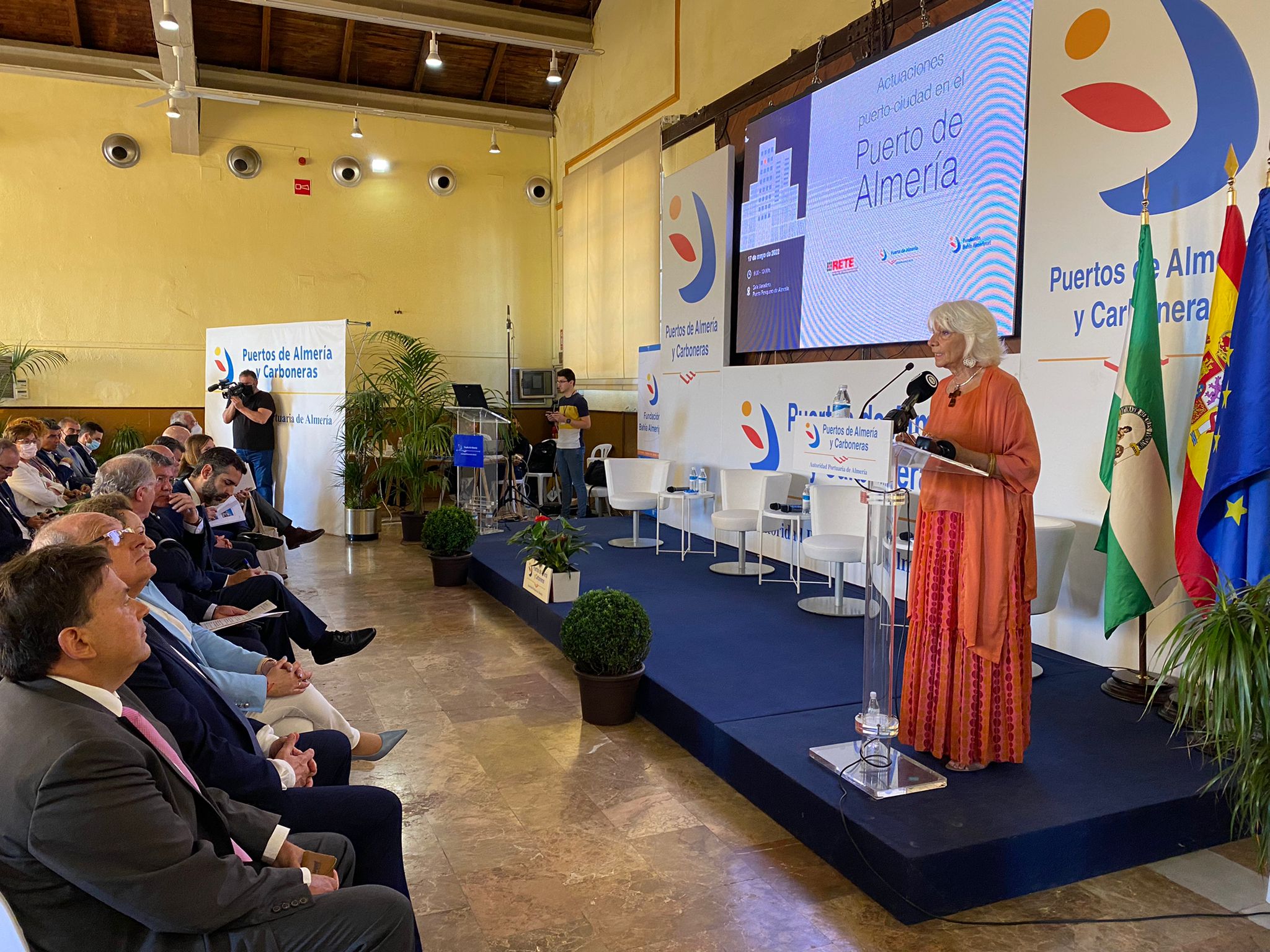 During the opening ceremony, the president of RETE, Teófila Martínez, highlighted that “port cities multiply their potential and capacity to generate wealth when they work on common goals and act in an integrated manner: port and city”. In this sense, the president of this international association has pointed out the role that the Port Authorities must assume “to change the way in which society perceives this type of industry, because, historically, no coastal city of world relevance is understood without the presence of a port and its connection, through it, with a maritime and logistics system that connects it with the world”, stated Martínez, who chairs the Port Authority of the Bay of Cádiz. “Integration should not only be physical, but cultural and social, in processes in which there should be no losers and winners, but where everyone should win”, she has expressed.

For his part, the president of the Port Authority of Almería, Jesús Caicedo, has announced the forthcoming signing of a collaboration agreement with the City Council to prepare port spaces for citizen use on the Almadrabillas coast and the Levante dock. “The city-port integration should not be seen only in the transfer of spaces for the city to grow. It goes further. Integration and coexistence are lived day by day in scenarios open to citizens, to celebrate social, cultural, sports events or simply to walk around”, he mentioned. The president hopes that, shortly, “the iconic mineral loading dock will become the best symbol of what we understand by port-city integration and this summer, finally, the second phase of its restoration will be completed.”

The mayor of Almería, Ramón Fernández-Pacheco Monterreal, has defended the Port-City project as “the greatest natural setting for the creation of employment and wealth in Almería in the 21st century”. Fernández-Pacheco has insisted on the need to see “a strategic and historical city project and not a political project”, claiming in this objective the maximum consensus to address its development, advocating medium and long-term planning that allows the city “a leap in quality thinking about the next generation of Almerian, with whom we are committed to leaving a better city than the one we found”.

The conference addressed the Project for the Integration of the Port of Almería in the city, led by Antonio Bayo Martínez, head of the Planning Department of the Port Authority. The technical manager explained that, within four years, and with an investment of 10 million euros, the Levante Dock will become a new public space for joint use between the Port of Almería and the City Council of the capital, “In the Levante Dock – which will see its current area multiplied by two – the City Council will carry out different actions to encourage citizen use of this multifunctional space, and at the same time the depth of the dock will be increased, so that cruise ships can dock there. larger size”, Antonio Bayo has detailed. The project, based on the master-plan of the Port-City, will be undertaken in several phases, so that it can be developed depending on the opportunity and financial availability. The area of ​​action covers the coastline that goes from the Muelle de Levante to the San Miguel breakwater, at the beginning of the Paseo Marítimo. The total investment in the entire coastline will be around 22 million euros, including the 10 planned for the first phase, the Levante Dock. The investment will be made by the Almería City Council, which may use funds from the Junta de Andalucía to finance the project. The program has included a presentation on the experience of the Port of Malaga in integration with the city, by Carlos Rubio Basabe, president of its Port Authority. Finally, a round table was held under the title “The interaction between Almería and its port from a multiple perspective”, moderated by the journalist Lola González, from La Voz de Almería, in which Ana María Martínez Labella, councilor of Urbanism of the City council of Almería; Diego Martínez Cano, president of the Fundación Bahía Almeriport and José Luis Estrada, engineer and director of Portus magazine (RETE). 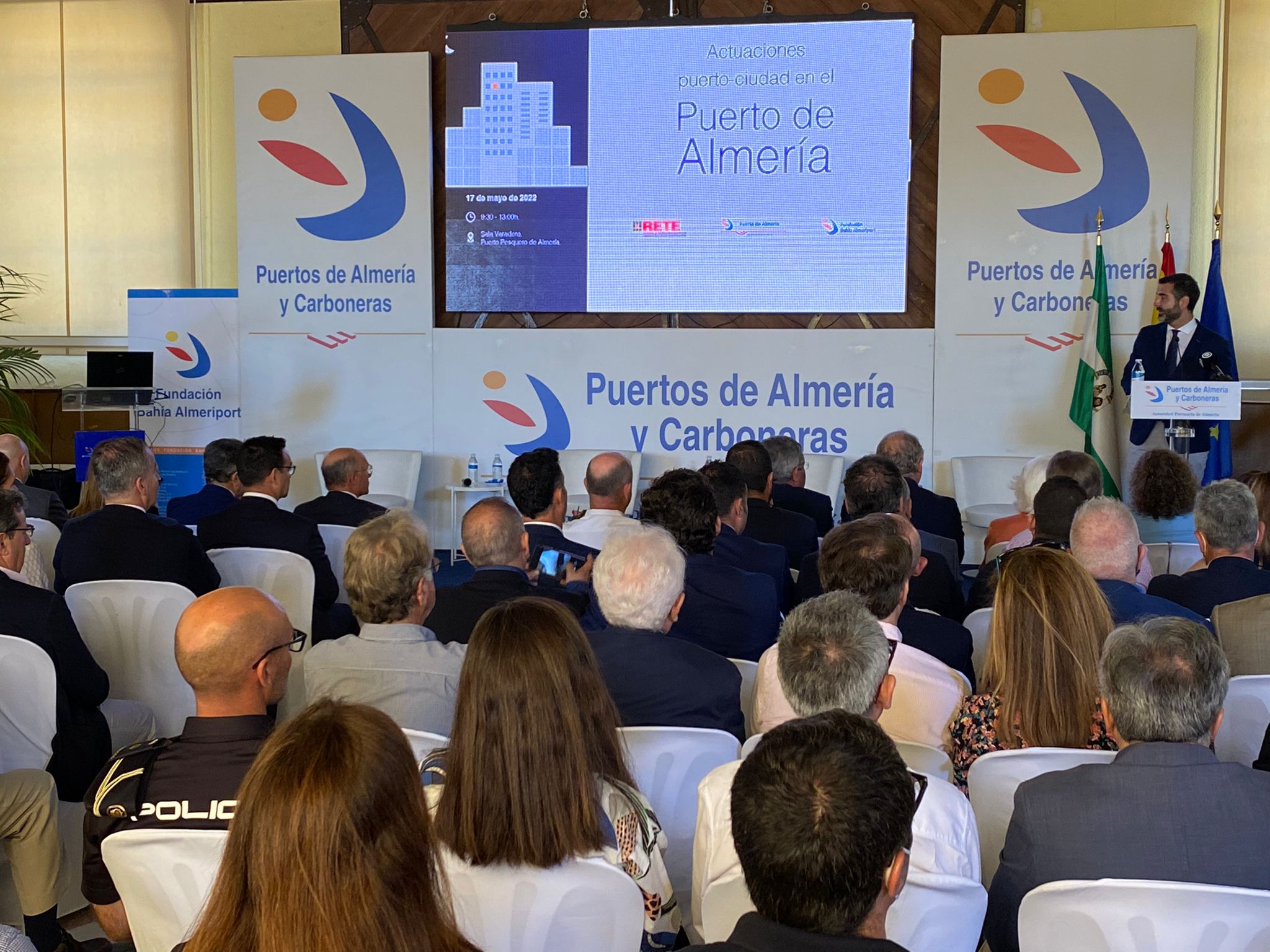 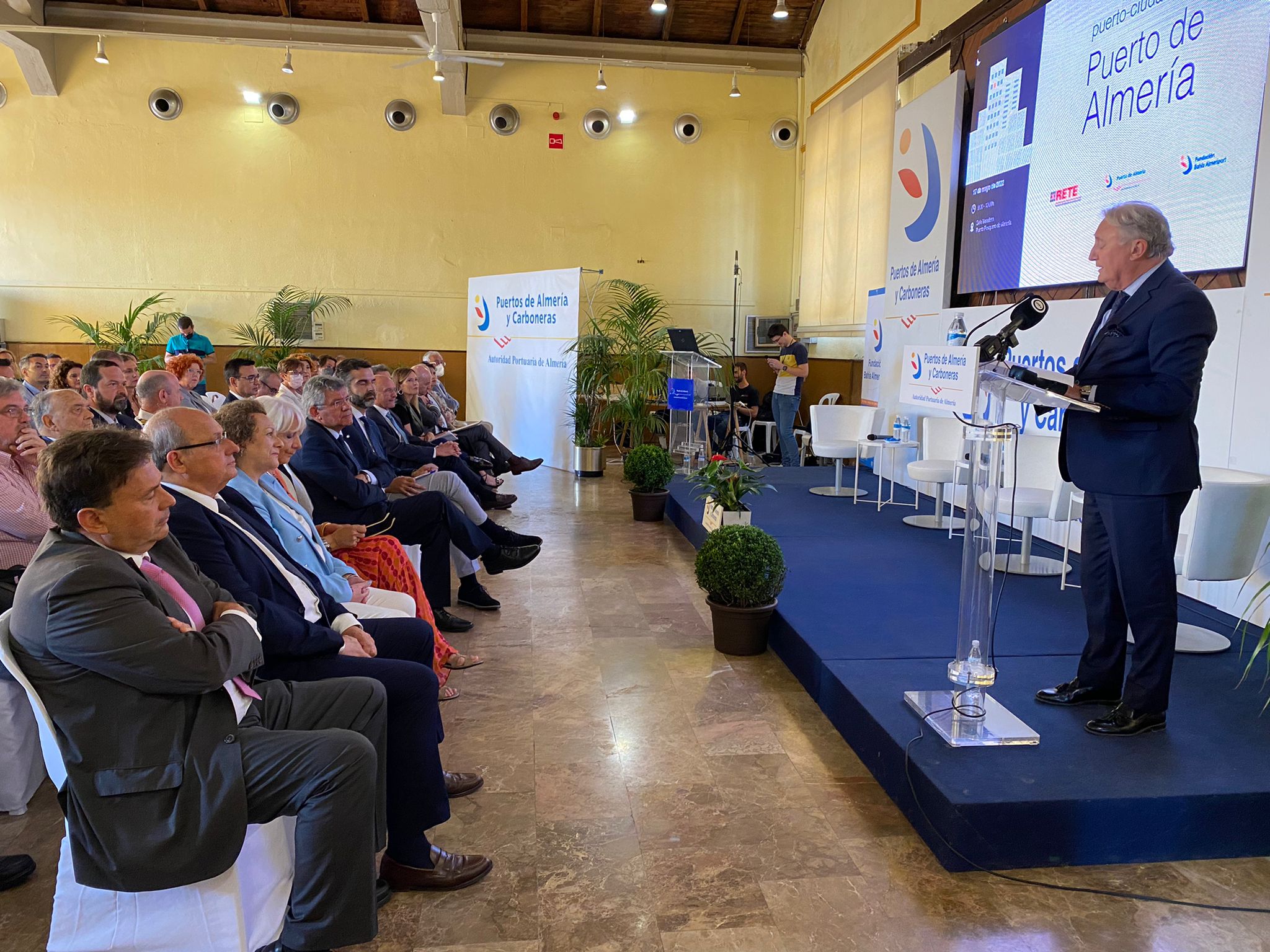 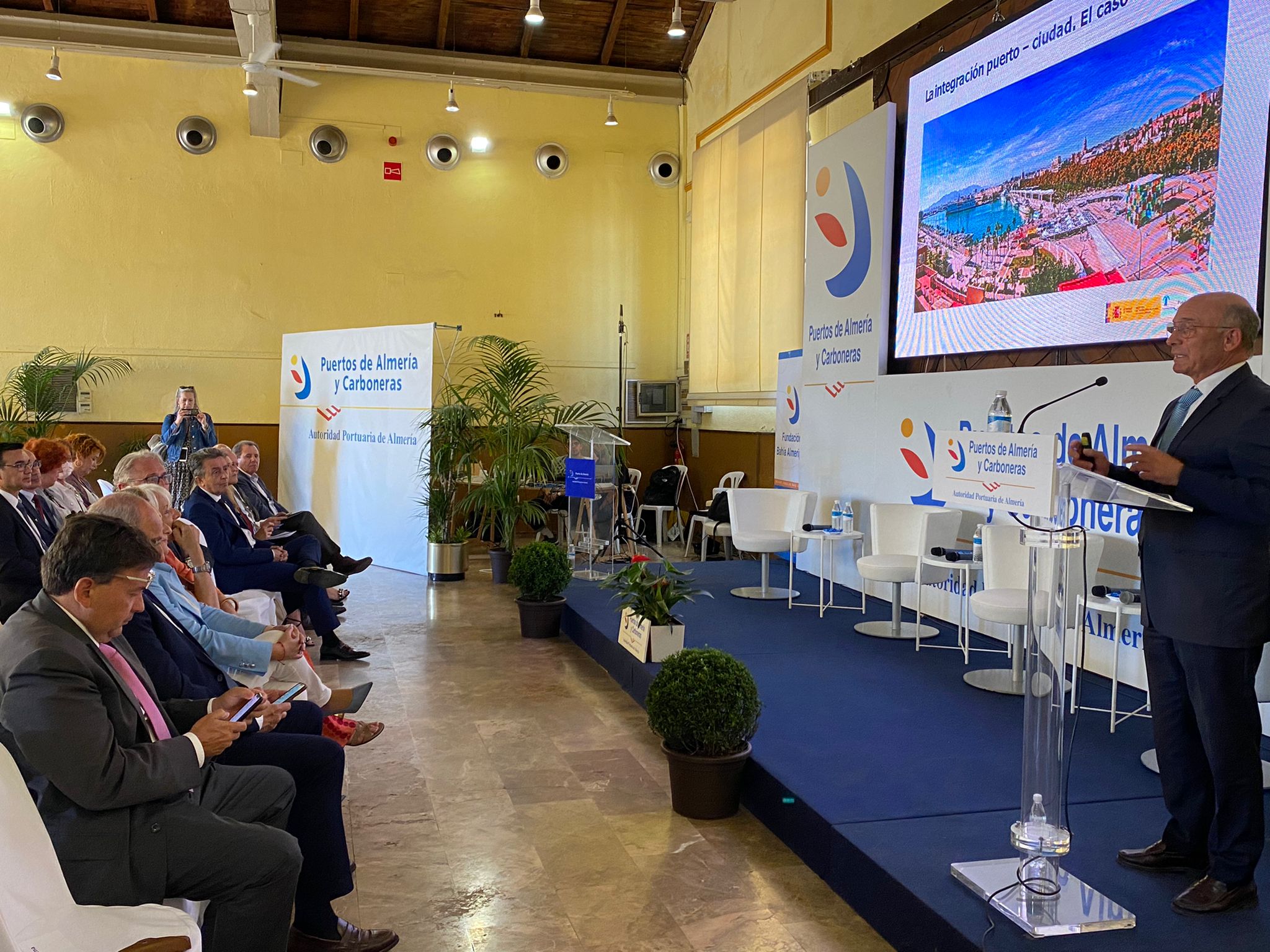 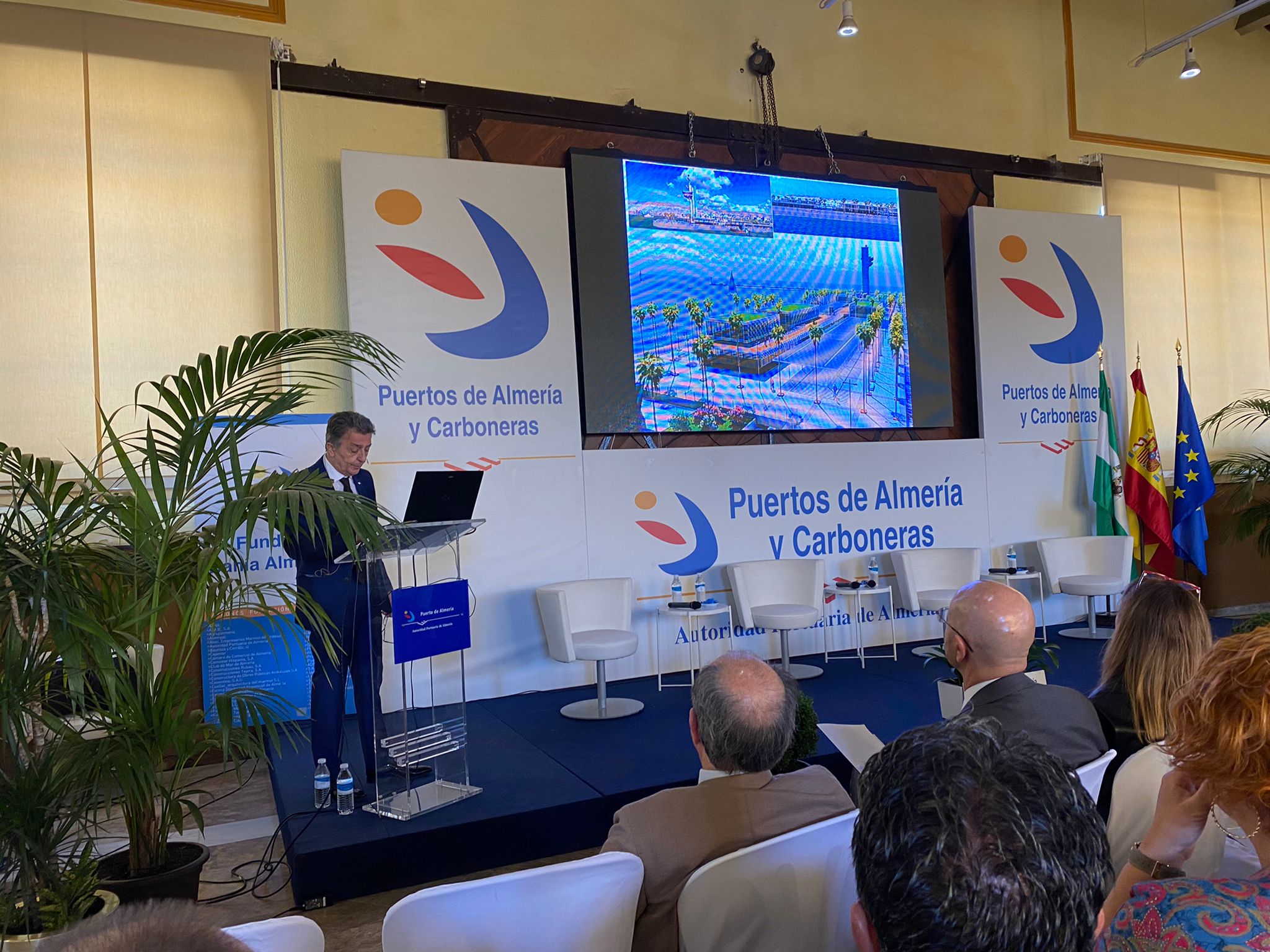 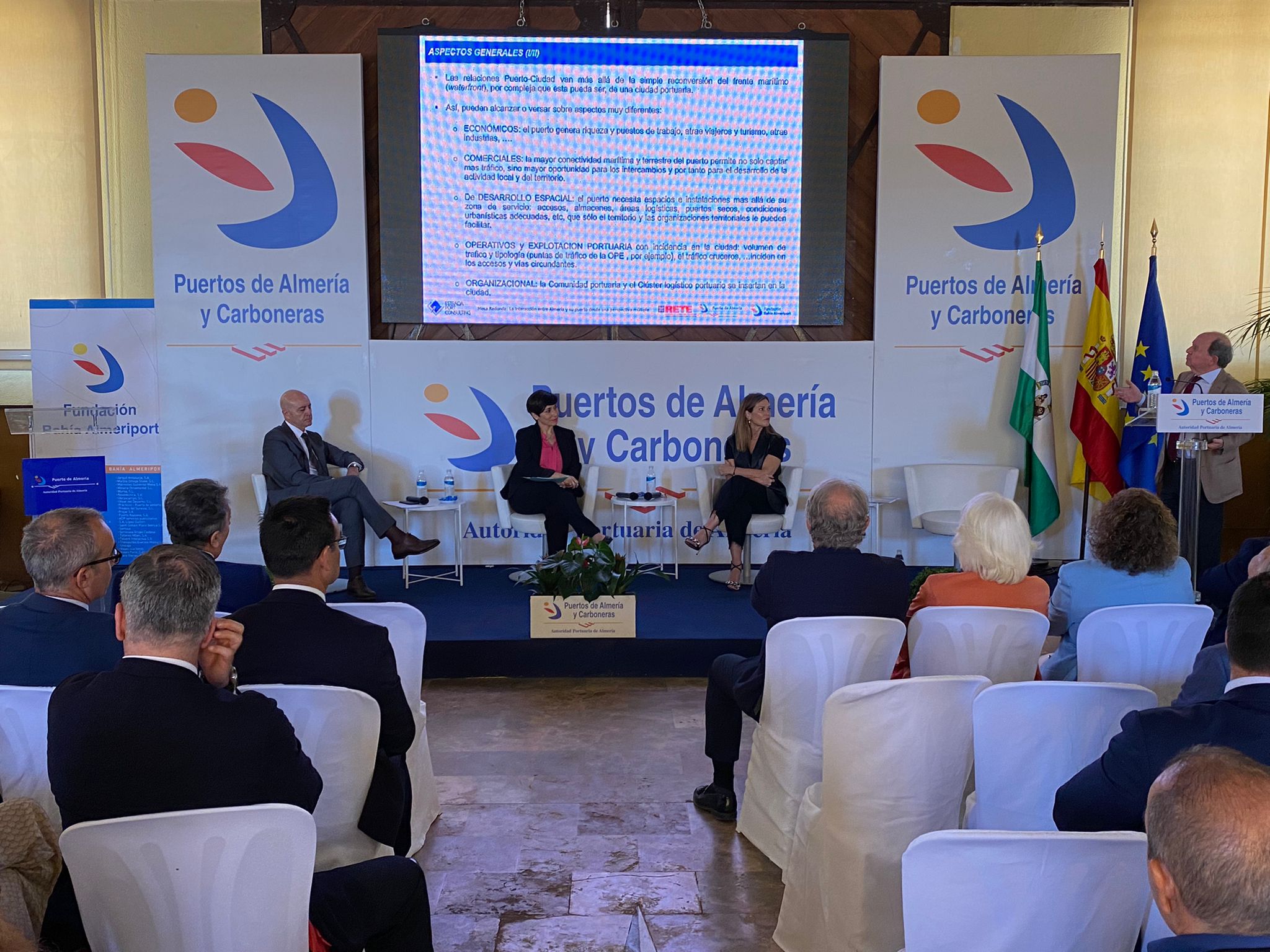